Return of the Magnificent Sven

I'm starting out on a Viking/DA Saga type game, haven't decided on rules etc but it will involve some fantasy elements and will involve adventures and battles with between 5-80 warriors a side. Time setting will be a mythical 600-1100 AD. A Jabberwocky will be in evidence. As will lot's and lots of snow. First up are the cavalry for Lord Skegg O'Ness, his faction takes warriors to Hell, anyone killed by his army will not go to Valhalla. Sven & Erik (the Heroes of The Sage) annoy Skeg.

Figures are a combo of-
Conquest Games Norman Knights (available from lots of places), not a bad first set of plastics. Horse and riders have limited poses though.
Mantic Games Zombies and Ghouls, bish bosh Frank's the man.
Gripping Beast's Viking and Saxon sets. Look better in the flesh than on various websites. 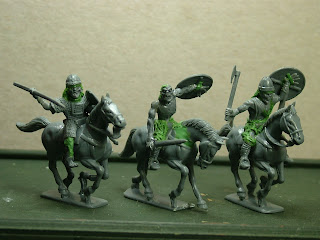 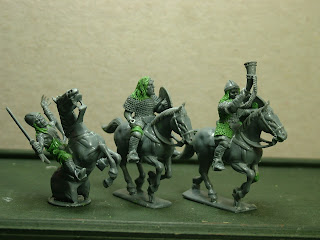 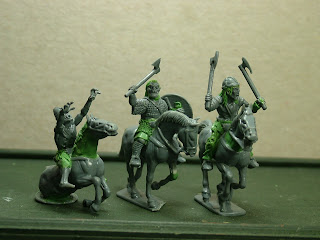 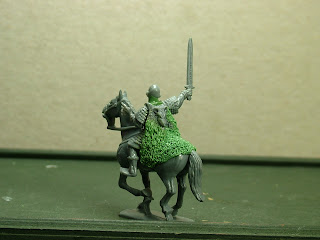 Shaun
United Kingdom
If you want a quote/commission mail me. shaunyams@mac.com